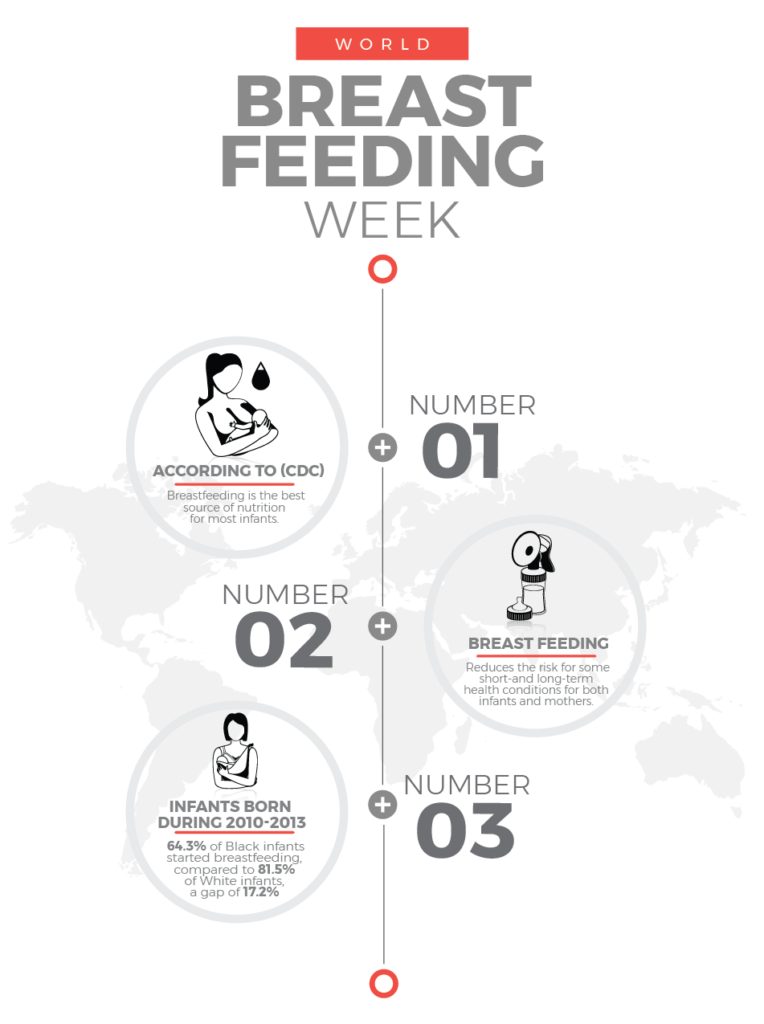 In observance of World Breastfeeding Week, August 1-7, learn about our nation’s progress in promoting and supporting breastfeeding and the work that is still needed.

Breastfeeding is the best source of nutrition for most infants. It can also reduce the risk for some short- and long-term health conditions for both infants and mothers.

A recent CDC study, published in the Morbidity and Mortality Weekly Report (MMWR), describes how breastfeeding rates continue to differ between non-Hispanic (NH) black and white infants within states.

Many factors influence a woman’s decision to start and continue breastfeeding. Some barriers disproportionately affect black women, such as: